THE FACTS ABOUT REAL RAW MILK

April 9, 2021, Raw Milk – A Deeper Perspective. Diving into the mind of Michael Schmidt, who has been the driving force behind the raw milk movement in Canada, and arguably the best known raw milk proponent in the world. With an in-depth look into some of the obvious issues of the efficacy surrounding the distribution and selling of raw milk, and how this ties into into the volatile issue of liberty. For the other side of the coin, we have Art Hill – professor of Food Science at Guelph University, who represents the prevalent, establishment view of raw milk. The video footage is from 2016, so some of Michael’s points should be taken in the context of this date. Authored, produced and edited by Unfiltered Story founder and publisher Paul Marchenko. https://youtu.be/c8xOiAaymcY

December 10, 2015: Check out this video on the safety and health benefits of real, raw milk. 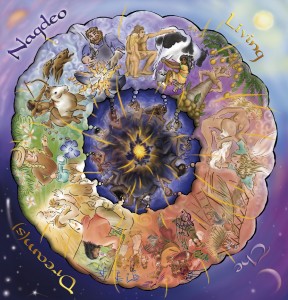 An original song by Nagdeo from the album Living the Dream(s). (Contact nagdeo@gaiayoga.org if you would like to buy a CD.)

Kojo Nnamdi Show, Aug. 13, 2007, Raw Milk: Nutritious or Health Concern?–NPR radio show, you can listen online by clicking Real Audio or Windows Media under “Listen to this segment” to the right of the show description. NOTE: The Raw Milk segment starts at approximately 8:47 in the show. If the link to the show on Kojo’s site is broken, we also have a copy of the recording on our server. Audio (RAM): 2007AUG13-KojoNnamdi-RawMilk