The Shame of Pasteurization 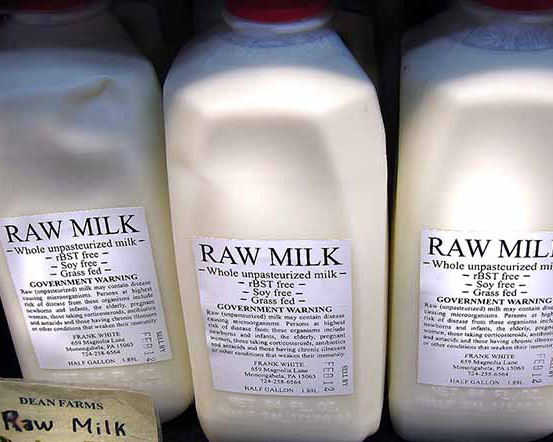 According to public health officials, pasteurization is necessary to make raw milk safe and to extend shelf life; these officials insist that pasteurization does not harm the nutritional value of milk.

Such statements are erroneous, misleading, and factually incorrect. Many nutrients and immune-enhancing components are destroyed by exposure to high heat and the temperatures used during pasteurization. Vitamin A (among many other vitamins) is degraded, proteins and enzymes are denatured, and immunoglobulins are destroyed—and this is just with old-fashioned pasteurization at 170 degrees F.  Most milk today—including most organic milk—is ultrapasteurized, meaning that it is flash heated to 230 degrees F, above the boiling point. No goodness can be left in milk that is processed in this way.

Here are some recent studies showing that pasteurization (and ultra-pasteurization) destroys the nourishment in raw milk.

Regarding vitamin A, an important fat-soluble nutrient, a paper on this subject published in January, 2000 contains the following statement in the abstract. “Vitamin A is very sensitive to chemical degradation caused by oxygen, light, heat, and other stress factors. If light and oxygen are excluded, the dominant degradation reaction for vitamin A derivatives is heat-induced formation of kitols, that is, dimers or higher oligomers”.

There is no question that pasteurization compromises the nutritional value of breast milk. For example, research carried out in 1986 came to the following conclusion: “As part of a randomized controlled study to assess the effect of pasteurization of breast milk on the growth of very-low-birth-weight infants, the longitudinal changes in serum calcium, phosphorus, alkaline phosphatase, 25-hydroxyvitamin D, and bone-gla-protein concentrations were investigated. Infants fed untreated [raw] own mother’s milk grew more rapidly than those fed pasteurized pooled preterm milk and had higher serum alkaline phosphatase and lower phosphorus values. Serum calcium and 25-hydroxyvitamin D (25-OHD) concentrations were similar in the two groups. Despite the provision of 750 IU vitamin D daily from the 2nd week of life, serum 25-OHD values remained low in a number of infants in both groups, suggesting that either malabsorption of vitamin D or hepatic immaturity might be responsible for the persistently low values. Bone gla protein rose significantly after birth and was correlated with alkaline phosphatase values, but not with 25-OHD or phosphorus values. The study supports previous work that indicates that the low phosphorus content of breast milk is probably responsible for biochemical evidence of inadequate bone mineralization and that despite vitamin D supplementation, 25-OHD values do not rise adequately. Thirty-six infants were reexamined between 4 and 11 months after birth. The 25-OHD values had risen significantly in all infants except one who had vitamin D deficiency rickets”.

Another study comparing the results of pasteurized versus raw breast milk, came to the same conclusion: “There was a significantly more rapid weight gain both in terms of regaining birth weight and, from this point, to reaching a weight of 1,800 g when using untreated [raw] own mother’s milk. This occurred in spite of the fact that there was little difference, especially in terms of energy content, between the two types of breast milk. This was due to the fact that the pooled pasteurized milk was also largely obtained from mothers of premature babies. It is suggested from our data that slower weight gain in the group receiving the pooled pasteurized milk could be due to the pasteurization, which probably destroys heat-labile milk lipase”. Note that the researchers attribute the lower weight gain from pasteurized milk to the destruction of lipase, an enzyme needed to absorb the fat and cholesterol in the milk.

From a study published in 1977 we learn: “Human milk was subjected to heat treatments of graded severity and examined for its content of immunoglobulins, lactoferrin, lysozyme, vitamin B12 -and folate-binder proteins, and lactoperoxidase. Holder pasteurization (62.5 degrees C 30 minutes) reduced the IgA titer by 20 percent, and destroyed the small content of IgM and most of the lactoferrin. Lysozyme was stable to this treatment, but with an increase in temperature there was progressive destruction, to near 100 percent at 100 degrees C. The same was broadly true of the capacity of milk to bind folic acid and protect it against bacterial uptake; with vitamin B12 the binder was more labile at 75 degrees C than at 100 degrees C. The milk contained no detectable lactoperoxidase”.

The Greatest Example of Waste in History

The available scientific evidence—including recent evidence--shows that pasteurization does indeed harm the nutritional value of milk, and especially for children, the group that is most in need of this nutrient-dense food.  Not only has mandatory pasteurization led in the destruction of our family dairy farms, it has resulted in the greatest waste of nutrients in the history of the human race!

Raw Milk for the Navy?

By Clint DesJarlais I am writing in regards to your action to legalize raw milk sales and distribution in Maryland. I am a recent graduate of […]
Do you like it?
Read more
Categories

By Linda Joyce Forristal Today, an increasing amount of milk found in conventional grocery stores–including most organic milk–is ultrapasteurized. The official U.S. government definition of an […]
Do you like it?
Read more
Categories

By Mary G. Enig, PhD One widely held popular theory singles out homogenization as a cause of the current epidemic of heart disease. The hypothesis was […]
Do you like it?
Read more
Categories

By Trauger Groh, Biodynamic Farmer, Author and Lecturer I have followed for many years the sickening effect of soy on ruminants. Cows that formerly could easily […]
Do you like it?
Read more
Categories

Reprint No. 7, Lee Foundation for Nutritional Research Milwaukee, Wisconsin Publication Date: 11 DEC 1939 Pasteurization was also found to affect the hematogenic and growth-promoting properties […]
Do you like it?
Read more
Categories

From Armchair Science, London April 1938 Read this article in Japanese There is no substitute for clean, raw milk as a food, so far as children […]
Do you like it?
Read more
Categories

By Sally Fallon Morell and Mary G. Enig, PhD Excerpt from Nourishing Traditions, 1999 We have been taught that pasteurization is a good thing, a method […]
Do you like it?
Read more
Raw Milk Finder